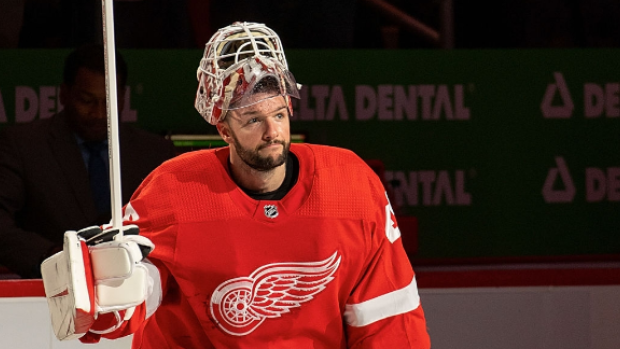 Pour one out for fans of the Detroit Red Wings because hooooooly cow this incoming stat is depressing.

The Wings have been bad for a few years now, but every once in a while a statistical reminder ascends from Hockey Hell and delivers a swift kick to the groin. Unfortunately for Hockeytown, tonight is one of those nights. As shared by Wings For Breakfast co-host Prashanth Iyer, it has been a very, very long time since the team has been able to win a game without Jonathan Bernier in net.

It almost seemed too wild to be true, so we double-checked. Turns out it’s 100% factual, and the last win sans Bernier came on October 29th, 2019, in a 3-1 win over the Edmonton Oilers. Jimmy Howard picked up the W in that one.

Do you remember what you dressed up as for Halloween two Halloweens ago? Yeah, just before that.

Obviously the pandemic did interfere with the Wings’ playing time, but it’s still pretty mind-boggling. Particularly because Bernier isn’t even seen as the team’s long-term starter. The team went out and signed Thomas Greiss to a two-year contract over the offseason, but he hasn’t been able to get the job done.

The Wings have only one 15 games in total since that Oilers game, but Bernier is going to need some help to snap this very unfortunate streak.