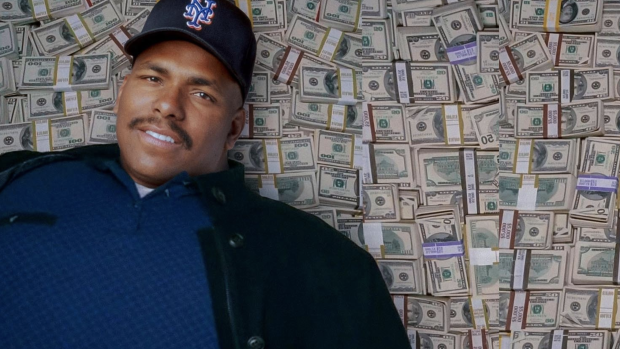 It's July 1. That means the Mets will pay Bobby Bonilla another installment of $1.19M today.

For those unfamiliar with Bobby Bonilla, buckle up because this is a wild story.  Bonilla is 57-years-old and last played in the Majors in 2001 for the Cardinals.  His career in MLB was quite long, spanning nearly two decades.  He was a 6-time All-Star, a 3-time Silver Slugger, and a World Series winner in 1997 with Florida.

Bonilla only spent one season in New York and played just 60 games for the Mets before the team decided to buy out the remaining $5.9 million on his contract.  Instead of paying Bonilla the lump sum at the time, the Mets and Bobby made a deal that would see New York pay Bonilla nearly $1.2 million annually for 25 years starting on July 1st, 2011.

They have $18 million to go. pic.twitter.com/zwaTa91Qfe

You're probably wondering why the Mets would agree to this deal and as legend has it, Mets ownership was apparently invested in a Bernie Madoff account that promised double digit returns, which didn't happen.

Instead, the team is on the hook for over a million each year until Bonilla is 72.

The difference - for the time being - between former Mets’ outfielder Bobby Bonilla and current Chiefs’ quarterback Patrick Mahomes. pic.twitter.com/89NNoYJ3vz

Bobby Bonilla at midnight on July 1

Bobby Bonilla when that $1.19 million check from the Mets hits pic.twitter.com/KkLLemp5ZF

The Mets will pay Bobby Bonilla nearly five times what they will pay Rookie of the Year Pete Alonso this season:

Alonso was 4 years old when Bonilla had his last at bat for the Mets. pic.twitter.com/vvBxdtYGaq

Bonilla is in the 10th year of a 25-year agreement to have his salary deferred by the Mets.

Wherever you are and whatever you're doing, we hope you're enjoying life to the fullest right now Bobby.  Happy July 1st!