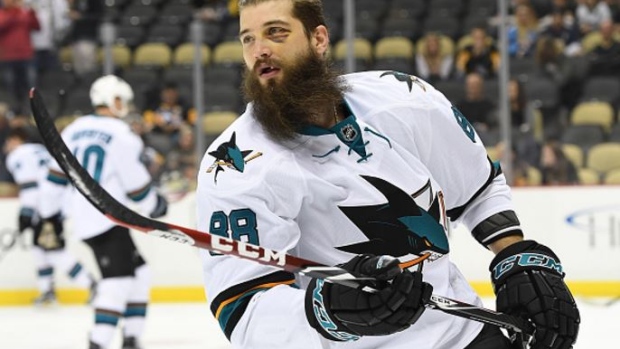 Brent Burns is one of the best defencemen in the game, both offensively and defensively, so it’s no surprise that he’s one of the few NHL players who is liked in just about every city. He has transformed into a rockstar since he arrived in San Jose back in 2011, and he only gets more and more popular each year.

His personality and amazing beard has turned him into one of the faces of the league, and he fits the roll perfectly. However, despite always being in the spotlight there are certain things about Burns’ life that many people do not know about. One of those things is the fact that he’s one of the biggest Harry Potter fans on the face of the Earth.

Q: What was your first Harry Potter book and how old were you when you started reading them? Did you get into the series early on, or were you introduced to it a few books in?

Burns: My mom worked at Costco, I think it was when the third book came out at there was a gift set at Costco. That was the first time I learned about it. I just fell in love with the books and then the fourth one came out pretty soon after that, and I remember getting that on opening day.

Q: Do you have a favorite character in the franchise, or are you split between multiple characters?

Burns: I just love the books and the whole world. Kinda just getting away from the one we’re living in. We named our new dog Hagrid, and we had a bird named Hedwig. I mean, I just love that stuff. I love most of the characters in that series.

Q: If you had the sorting hat put on your head…

Burns: Gryffindor. I would hope. It would probably end up Slytherin. [laughing]

Aside from his amazing beard, one of the features that many people notice right away when it comes to Burns are all of his tattoos. What you probably didn’t know, though, is that one of his tattoos is a Harry Potter-themed tattoo that he worked on with his tattoo artist.

Just when you thought you had Burns figured out he goes and drops something like this. He really is the NHL’s mystery man.