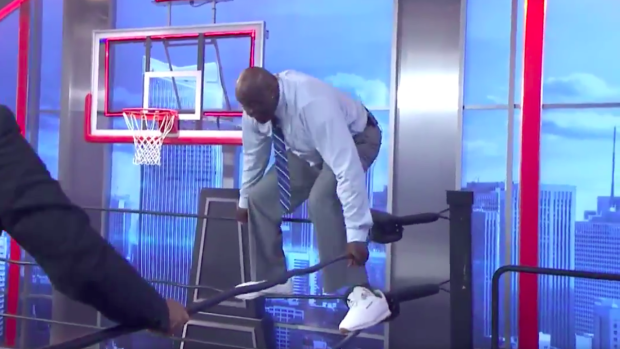 This is probably the most physical round of Shaq vs. Chuck we’ve seen on set yet. What is even going on here?

The five most intimidating words in basketball broadcasting-wrestling crossovers: Shaq from the top rope.

It should probably come as no surprise to you that Shaq, who has dipped his toes into just about everything by now, has also made a professional wrestling appearance before. He was a surprise participant in WrestleMania 32's Battle Royal, even partnering with Big Show to land a double chokeslam on Kane.

Could the big man swing by AEW next?