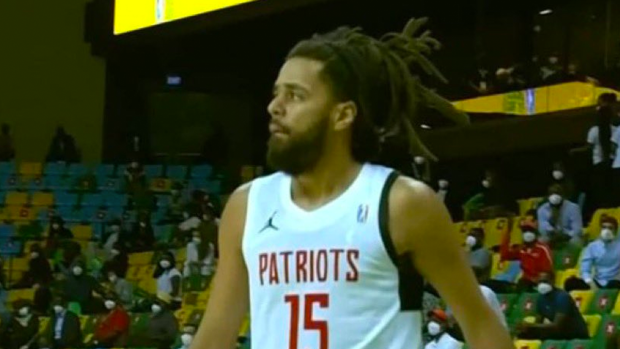 J. Cole has had an incredibly eventful week. Not only did he drop his new album but he also made his pro basketball debut in the Basketball Africa League for the Rwanda Patriots.

J. Cole makes his debut in the BAL 👏 @theBAL pic.twitter.com/jrWrsuub5Z

Cole has always been known as a big hooper as he’s been seen playing with NBA guys before in pick up games. Cole put those skills to work as he also scored his first bucket on a putback which officially put his name in the scoring books.