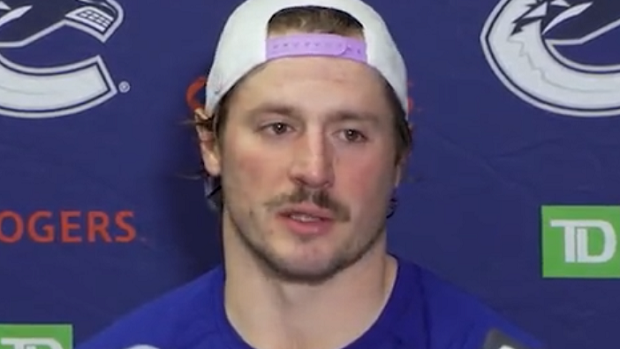 The Vancouver Canucks have had a few rough stretches already this season, but nothing compares to their most recent one.In November, the Canucks have won just three games and have lost seven of their last eight games while being outscored 34-14 during that span.

Following the team’s 4-1 loss to the Pittsburgh Penguins on Wednesday night, J.T. Miller spoke to the media and was asked if everyone is buying in right now, and his answer sums up the way Canucks fans have felt all year.

Miller’s answer and reaction to the question pretty much says it all. The Canucks have scored just seven goals over their last five games and one over their last two games after Thursday’s loss.

"We got off to a slow start today...We were chasing the game…Just not good enough."