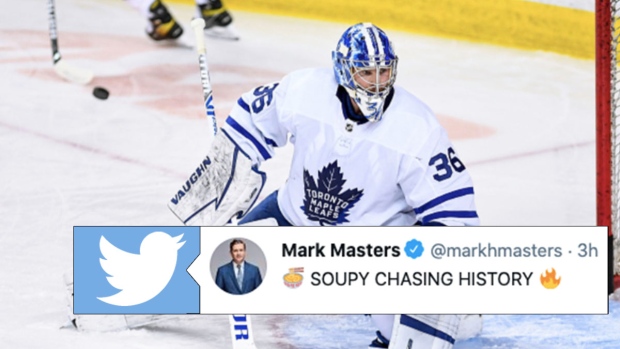 Jack Campbell looks to be the backup answer that the Toronto Maple Leafs have been in search of, and it’s a huge win for Leafs fans, especially with Frederik Andersen being out for the time being.

Hockey aside, Jack Campbell is definitely the kind of guy you want to cheer for. After being the 11th overall pick for the Dallas Stars in the 2010 entry, the Port Huron, MI native spent the first decade of his career bouncing around the AHL and the ECHL, and before this season, he’d only played 64 NHL games through 16 seasons in professional hockey.

Jack Campbell is on the brink of making history tonight if he can pick up a win against the Montreal Canadiens in between the pipes for the Maple Leafs. He’s a perfect 8-0 on the season in starts, and if he wins tonight, he’ll break a Maple Leafs record for a new franchise record win streak.

Campbell is definitely among some solid company, and a win tonight would be a historic one.