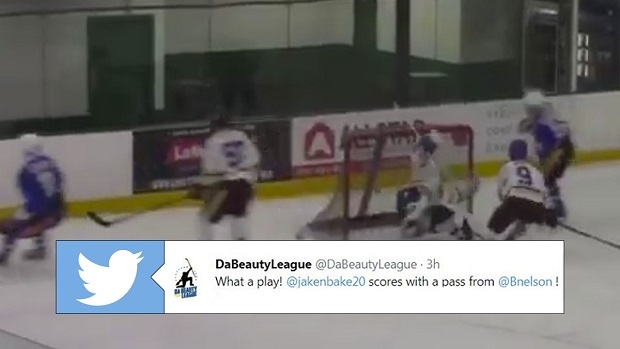 Da Beauty League was established back in 2015 and features some of the NHL’s top players. Used as a training ground for professional hockey players out of Minnesota, fans are treated to two 23-minute halves of fast-paced hockey throughout the summer months.

Every team plays on the same night, which consists of three total games, with the seventh night of games taking place on August 14th. In the second game of the night, team TRIA Ortho went head-to-head against Team RBC and team TRIA Ortho was too much for RBC to handle.

What a play! @jakenbake20 scores with a pass from @Bnelson ! Making it 5-2 for team @TRIAortho #BEAUTYful passing @penguins #SCtop10 pic.twitter.com/BpXlrVSg3Y

The goal made it 5-2 for TRIA Ortho, who went on to win 10-5 thanks in part to Guentzel’s four-goal performance.

The 22-year-old had 16 goals and 33 points in 40 regular season games with the Pittsburgh Penguins last season and added 13 goals and 21 points in 25 playoff games.

Clearly he hasn’t cooled off just yet.