Just when you thought things couldn’t get any worse for the Houston Rockets, it did.

Following Tuesday night’s loss to the Los Angeles Lakers, James Harden met with the media at the podium and his final answer wasn’t the longest, but it said a lot.

This is how James Harden walked off the podium tonight. It sounded like a farewell pic.twitter.com/fnY2h6dnHP 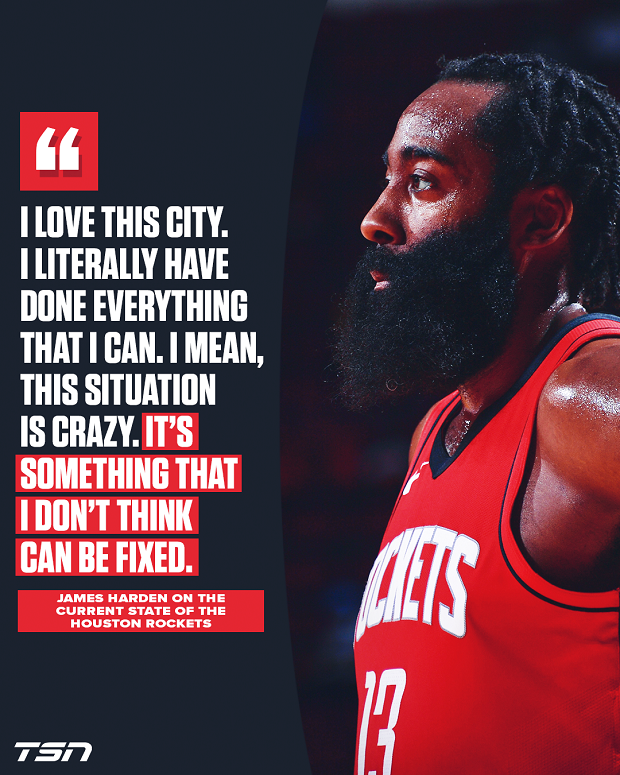 Not only did Harden flat out say it’s a situation he doesn’t think can be fixed, but it was his final comment of the night before he walked off the podium.

James Harden did not take any more questions after this. That's as close to publicly demanding a trade as you can get. https://t.co/knUpb3Iopb

Harden trade rumours have been stirring since the offseason, but the Rockets went out and traded Russell Westbrook for John Wall instead of trading Harden.

Wall: When you have certain guys that don’t want to buy in, it’s hard.

A few years ago the Rockets looked like they were on their way to the NBA Finals, and quite possibly a title, until Chris Paul got injured in the playoffs, and now they’re looking like they’re about to deal the other star who got them to that point.