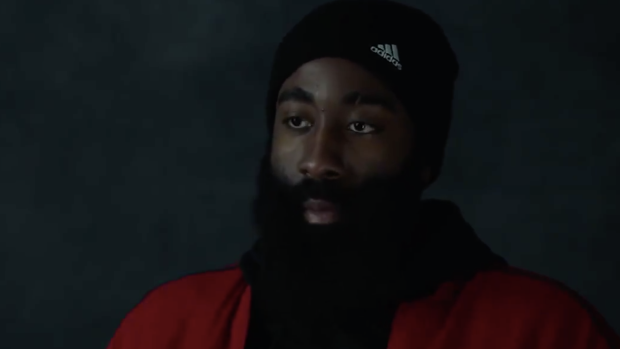 There are few things more enjoyable than an NBA feud between star players and the latest episode of the highly entertaining soap opera that is the Association features two MVP candidates, Giannis Antetokounmpo and James Harden.

The 'Greek Freak' went at 'The Beard' during All-Star weekend in Chicago, but Harden didn't respond....until now in a sit-down with Rachel Nichols.

James Harden addresses the comments Giannis made during the All-Star draft about assists: "I average more assists him than him, I think....I don't see what the joke is."

Later: "But I wish I could just run and be 7 feet and just dunk." https://t.co/vRKMXpr3Wp pic.twitter.com/ecOzFoDsiQ

Wow.  Shots fired right back at the reigning MVP.

"None of them can mess with me"

1. James Harden is the only player to legitimately go toe-to-toe against KD’s Warriors

2. Giannis blew a 2-0 lead with home-court advantage in the ECF and let the Raptors rise from poverty to become champions

3. If Harden was in the East, he’d already have 1 ring by now

Giannis and Harden beefing is just what the league needs, negativity in the NBA >>>>> pic.twitter.com/bNXzMh8alI

This is the beef basketball needs and hopefully Giannis defends his belt and goes back at Harden, which would surely back the internet explode

Remember when Giannis did this to James Harden? pic.twitter.com/P7oNGzzdht

Giannis the next time he sees Harden: pic.twitter.com/OqcuUDKZXM

HARDEN: I wish I could be seven feet tall and just dunk.