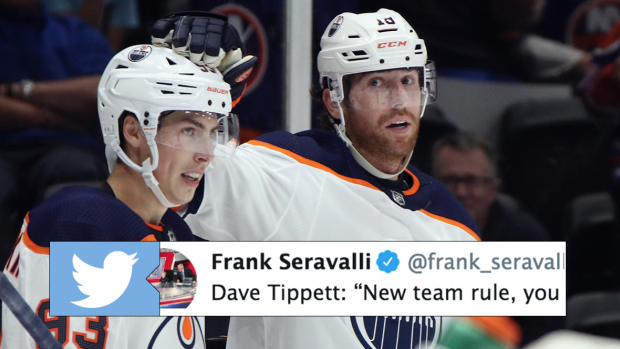 The 'Real Deal' James Neal is back and better than ever to start the 2019/20 NHL season with his new team, the Edmonton Oilers.  Through three games, the 32-year-old has scored six goals, highlighted by a four-goal night on Long Island Tuesday.

Neal is already one tally away from matching his goal total from last season with the Flames, so the change of scenery has certainly done him wonders so far.

Further to that, his incredible outing against the Islanders also brought about a great new team rule according to head coach Dave Tippett which explained why Neal didn't practice Wednesday.

Connor McDavid has scored four times in one game just once in his career, but now there's a bit of an added incentive for he and his Oilers teammates to push for four if they've got a chance.