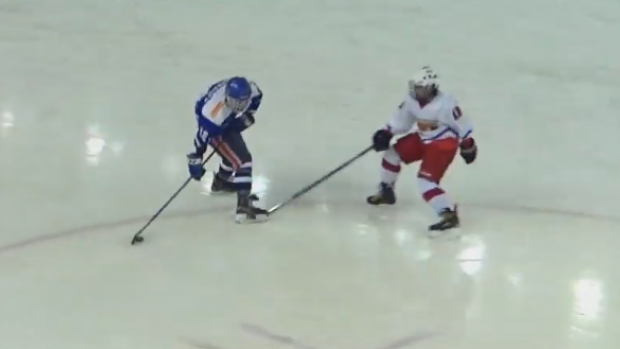 Those connected to the hockey world are well aware Japanese hockey prodigy Aito Iguchi, but if you're unsure of who he is, this next highlight reel will introduce you to one of the more skilled prospects making his way up the ranks.

Born in 2003, Iguchi is a full-on YouTube sensation and is a client of popular skills training coach Pavel Barber. Iguchi and Barber are no strangers to this website, as we've featured their jaw-dropping skill training videos on numerous occasions.

After coming over to train in Canada in recent years, the 15-year-old is stationed in Saitama, Japan where's currently in school and playing hockey. On Monday, Barber released the most up-to-date video of the young phenom.

At this point, it's unknown where Iguchi will play next season, but according to a New York Times article, he could be making his way to the Greater Toronto Hockey League, one the top minor hockey leagues in the world at pumping elite talent into the junior ranks. Iguchi plays AAA spring hockey for the Langley Riverman in B.C. and could end up taking up at hockey academy in the Western Canadian province for his next stepping stone.

It's only a matter of time Iguchi makes the next step in his career, and the video above only further affirms that. He's eligible for the 2020 CHL Import Draft.

We look forward to seeing what the future holds for Iguchi.