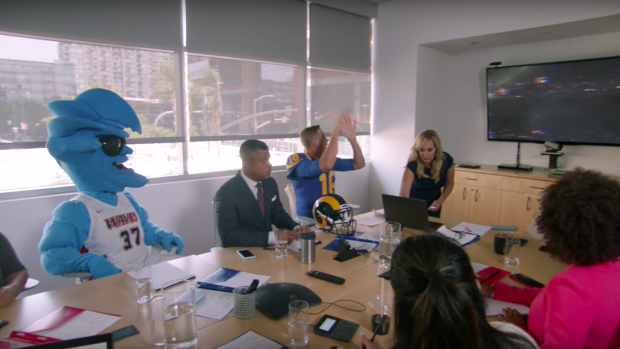 A new wave of commercials for ESPN’s SportsCenter arrived over the weekend, and they feature some of sports’ biggest names joining in on the long-running series.

None of the Raptors were involved, nor were any NBA players for that matter, but Pascal Siakam did catch a mention from Jared Goff. If you want to see Spicy P mentioned in the same sentence as Coco Gauff and Tacko Fall, does Goff have a set of audibles for you.

That’s it. Siakam is officially a part of the culture. Let’s get this guy into a couple more commercials too.

There weren’t any NHL players in this latest set of SportsCenter commercials either, but in lieu of any new videos, why not throw it back to one of the all-time classics? Alex Ovechkin: Russian spy.