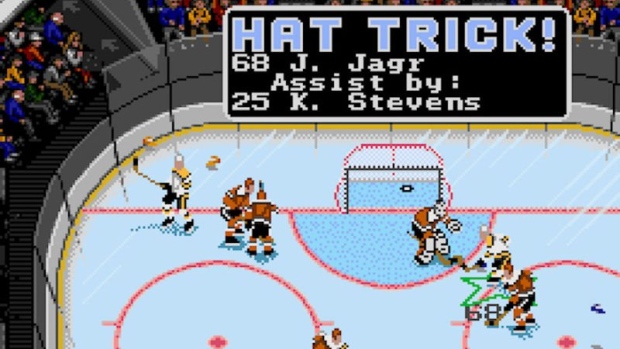 Released back in October 1993, NHL ’94 was a huge hit the moment it hit shelves. The creators made it as realistic as possible at the time by adding the one-timer to the game, and they also included team-specific organ songs that played at the beginning of periods and after goals (Hartford Whalers, Montreal Canadiens, St. Louis Blues, Buffalo Sabres and Chicago Blackhawks).


This year will mark the 25th anniversary of NHL ‘94’s initial release, but it also marks the end of an era after Jaromir Jagr cleared waivers earlier this week and is now expected to finish the season overseas in Europe.


As a result of the Calgary Flames’ recent roster move, it means the last remaining player from NHL ’94 has officially left the NHL.

Jagr to Lemieux in NHL 94. So smooth! pic.twitter.com/ud0A1dPqYi


This can all change if another team decides to give the 45-year-old five-time two-time Stanley Cup champion one more shot, but it’s looking like Jagr’s time in the NHL has come to an end.