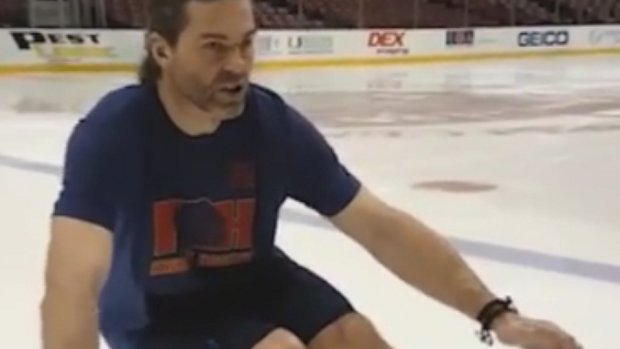 Jaromir Jagr is an absolute beast.

At the age of 45, he still has 37 points in 68 games, hasn’t missed a game this year and shields off defenders with body position and great core strength. This is all made possible by the crazy workout regiments he has, which have been documented several times since his return from the KHL.

Now, he’s doing his best to inspire others.

Jagr took to his social media page to try to start a one-legged squat challenge. Jagr does five in this video, but adds a little bit of extra difficulty by doing it on ice.

If you want to see more of his crazy work outs, just visit his Facebook page. Especially in the offseason, he’s always posting videos of odd workouts, such as this one where it looks like he has a custom hockey stick that he uses to shoot a medicine ball with.