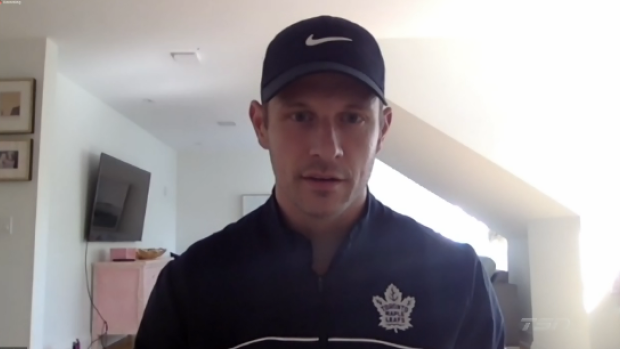 Jason Spezza turned 38 years old on Sunday. On Wednesday, he signed a contract with the Toronto Maple Leafs.

Spezza as coming off a stellar season in which he showed flashes of his apptly assigned nickname, “vintage.” While he’s not quite the dominant 1st-line centre he used to be, he obviously proved his worth enough to the Leafs to earn another one-year deal.

For the Leafs, it’s a pretty low-risk signing. They are bringing back Spezza – a known ‘Leaf Killer’ of the past – back on the league minimum.

For Spezza, he wouldn’t have it any other way.

"I know where the team's at with the cap &, I'll be honest, all I care about is playing on a good team & just trying to win. If I could take less, I would ... the chase of a Cup is at the forefront of my mind daily"

Jason Spezza on signing with the Leafs for the league-minimum. pic.twitter.com/FqK7BJEpC4

Not only is Spezza willing to do literally everything he can financially to help the Leafs, he’s also focused on getting better moving forward. The veteran forward believes he can still improve his game, and also believes he is more comfortable playing on the wing than he was before.

Jason Spezza, who celebrated his 38th birthday on June 13:

"Maybe I'm a delusional, but I think I can get better & I'm going to try & improve on last season. I'm right back in the gym already ..."

If the Leafs do end up being able to win a Cup with Spezza, even non-Leafs fans may have a moment of fulfillment watching a likeable league veteran like Spezza finally get his moment with hockey’s most prestigious prize.