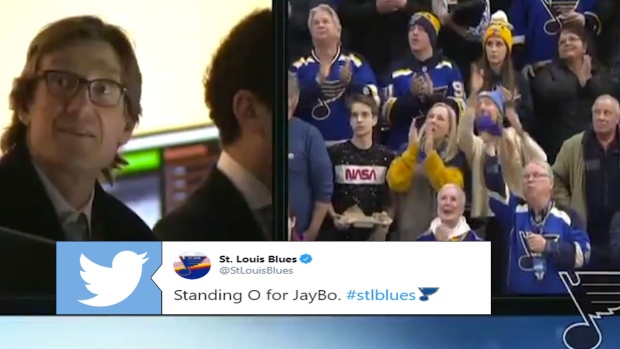 There was a scary scene in Anaheim on February 11, 2020, when St. Louis Blues defenceman Jay Bouwmeester went into cardiac arrest and collapsed on the team’s bench.

Thanks to some quick acting by the medical personnel, Bouwmeester survived and it’s looking like he’s making a full recovery, even if he’s uncertain about the future of his playing career.

On Thursday, Bouwmeester was in attendance for the Blues’ game against the New York Islanders and when they showed him on the jumbotron there wasn’t a seat left in their seat.

Bouwmeester has been with the Blues since the 2012-13 season and has been a fan favourite for many years, so you can bet they were just happy to see him in the building and doing well, even if he’s not in the lineup.