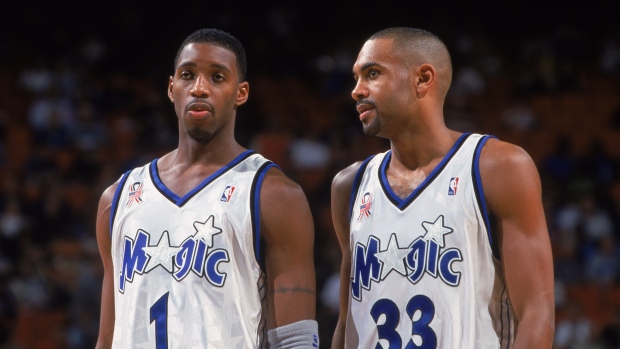 It took a while before the post-Michael Jordan Chicago Bulls were able to get their feet underneath them again, but general manager Jerry Krause had some high hopes to relaunch a new dynasty.

According to Jamal Crawford, who was drafted 8th overall by the team in 2000 via the Cleveland Cavaliers, Krause swung for the fences with the ambition of forming a new Big 3 around Tim Duncan, Tracy McGrady and Grant Hill, who were all free agents that same summer.

Bulls GM Jerry Krause thought he was going to get Tim Duncan, Grant Hill, Tmac to come to the Bulls after Jordan left 😳 @JCrossover via theplatformbasketballpodcast pic.twitter.com/9dX3FkIjIf

That definitely would’ve been a fast reboot for the post-MJ era! All three of those players were young, budding superstars at the time, and while injuries disrupted T-Mac and Hill’s career later on, it sure would’ve been exciting to see what those three could’ve done as teammates.

It was all for naught, however, since the Orlando Magic came away with McGrady and Hill that offseason while Duncan chose to stay with the San Antonio Spurs (as he would for the rest of his career, too).

Krause’s managerial career has come into focus after his prominent role in The Last Dance, but if he was able to land those three players, it would definitely be a different narrative these days. At the same time, there is some evidence that suggests the Bulls never offered the kind of money for any big free agents to consider them.