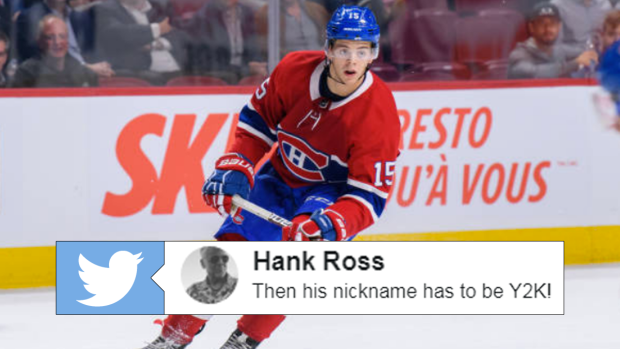 The time has finally come, and anyone with a birth certificate dated prior to the turn of the millennium sheds a single tear.

With people born in the 2000’s gaining more and more ground into becoming an adult every day, whether it be driver’s licenses, ability to vote, or showing up in bars without the use of a fake ID – they’ve arrived. The latest generational penetration that 2000’s babies have been able to make hits especially close to home; the world of professional sports.

We all knew it was going to happen at some point, but the announcement that Jesperi Kotkaniemi has officially cracked the Montreal Canadiens’ opening night roster still has a heavy impact. Kotkaniemi will become the first athlete not born before then turn of the millennium to play in one of the major four North American professional sports leagues (NHL, MLB, NBA, and NFL).

Assuming Jesperi Kotkaniemi is in the Habs lineup next Wednesday, he will become the first athlete born in the 2000s to play in one of the Big 4 North American professional sports leagues. #NHL

Apologies if you are one of those people born in the 2000s, it is just a real wake up call for those who are not.

Realistically, the days were already numbered. In fact, if Kotkaniemi didn’t play on Wednesday, Rasmus Dahlin of the Buffalo Sabres would have claimed the title of first 2000’s baby on Thursday.

The time has come, friends. It is very depressing.

Then his nickname has to be Y2K!