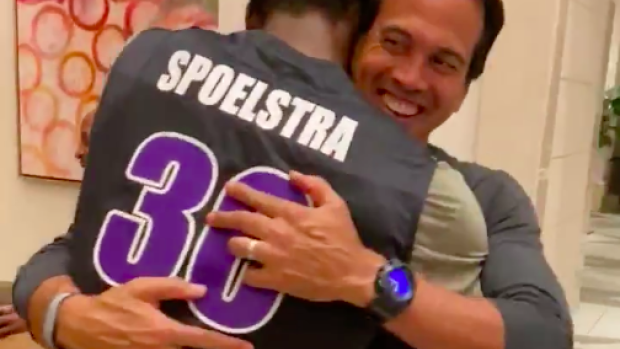 Jimmy Butler has always been an outcast.

He was seen as a bad teammate in Minnesota for infamously beating the starters with third-stringers in practice, in Philadelphia it was for calling out his teammates' lack of effort.

All of that rhetoric is being proven wrong with Jimmy Buckets helping his team get to his first NBA Finals all while being the most supportive guy on the squad.

tag the homie you support like Jimmy does Tyler pic.twitter.com/LLuyuJ0SvK

Butler is just outdoing himself even more by most recently rocking Head Coach Erik Spoelstra’s Jersey while celebrating their Finals birth.

Jimmy seems like a nice guy and an extremely supportive person. Who knows what he will pull out next, maybe a Pat Riley throwback?​