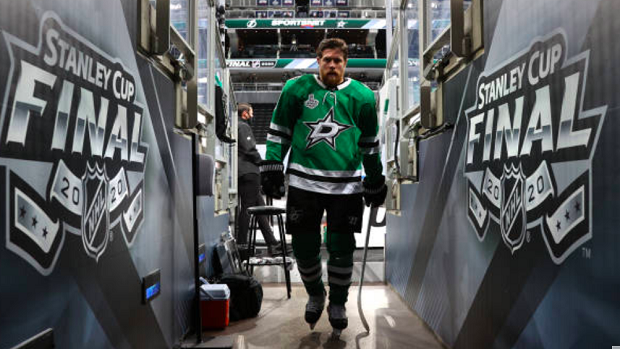 This year’s Stanley Cup Final might be the toughest one to lose in the history of the game.

Players have isolated themselves in the bubble far away from their homes and loved ones for months in order to compete for hockey’s highest honour, but if they lose, they just lose. That’s that.

The team that loses in the Stanley Cup Finals will walk away from this unprecedented postseason with the same thing as the teams that lost in the first round: nothing.

With that being said, we understand why going down 3-1 to the Tampa Bay Lightning in the Finals would be such a tough blow for the Dallas Stars to take.

Dallas had a strong showing, and Joe Pavelski notched two goals in the loss, which tied him with Joe Mullen for most playoff goals scored by American-born player.

While this was an impressive feat, Pavelski had absolutely no time to marvel at the stat following the loss.

Joe Pavelski with no time to talk about his two goals after Stars lose in Game 4 pic.twitter.com/XJLmLypN8H

Honestly, we think if the Stars channel this level of intense, angry energy tomorrow night, they’ll be just fine.