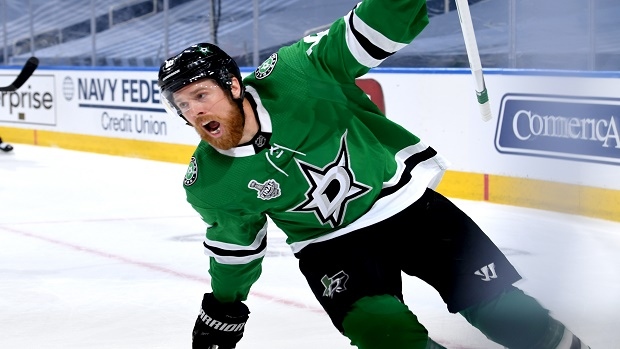 Last night, when the Dallas Stars were pushed to the brink of their demise by the Tampa Bay Lightning in the Stanley Cup Finals, Joe Pavelski tied Joe Mullen for the most playoff goals among American-born players.

Don’t ask him about it though. Of course, being the team guy he is, Pavelski had no time to talk about his personal win amid the team’s loss.

Joe Pavelski with no time to talk about his two goals after Stars lose in Game 4 pic.twitter.com/XJLmLypN8H

Tonight, it was a different tale.

The Dallas Stars stayed alive, thanks to a double OT goal from Corey Perry, and as a wise tendy once said: they are not going home.

What else happened this game?

Pavelski got his record breaking goal.

Joe, you should keep this one!