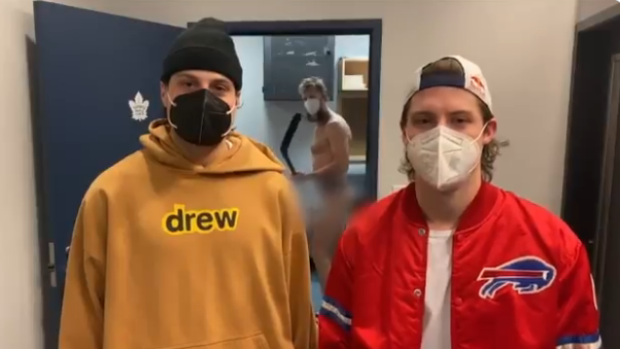 Patrick Marleau celebrated his 1,768th career NHL game on Monday, officially breaking the league’s Games Played record. Congratulatory messages were pouring in from all over the place, with former teammates, longtime opposition, and even commissioner Gary Bettman reaching out to #12.

We should have predicted that the very best piece of content would come from longtime teammate and fellow 1990s Draft Pick Joe Thornton.

Jumbo Joe and Patty Marleau are two guys that are nearly impossible to dislike. They’ve been around forever, and while they’ve never lifted the Stanley Cup, they’ve been a dominant force in the league for two decades.

On Monday, the greatest piece of content to come from Marleau’s record breaking night was easily this incredible video bomb from Thornton. Guised by a couple congratulatory messages from Auston Matthews and Mitch Marner, Joe Thornton did this.

Video of the year goes to the Sharks 😂😂