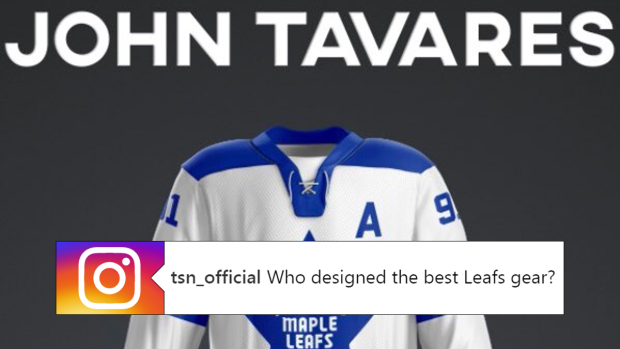 There have been a lot of alternate jerseys released over the past couple of months as Adidas has returned the third jersey to the league, but the Leafs still don’t have one.

According to Icethetics – one of the places that has been leaking a lot of the new jerseys – the Leafs are expected to announce an alternate jersey at some point, but perhaps they’re just waiting for a bit of inspiration. If they need some help, maybe they should have looked right under their noses, because a couple of their players showed some talent for graphic design.

We had Leafs players colour in some of their own gear to see what designs they would like and they came out with some pretty impressive results.

Here are the end results:

Which one of these would you like to see become a reality?