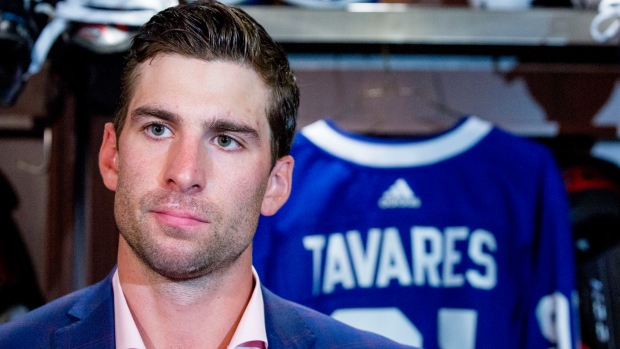 Good news Leaf fans, you don't have to wait until the pre-season or regular season to see John Tavares in full Leafs gear for the first time.

On Wednesday, Tavares put on his No. 91 Leafs jersey along with the rest of his blue and white gear for what appeared to be a CCM Hockey shoot.

It's a sight Leafs fans have been picturing in their heads ever since the Tavares to Toronto rumours started and we can't imagine how excited Toronto fans are to now finally see JT rocking the blue and white as a member of their team.

Next on the list of firsts for Tavares is first regular season game which won't come until October 3rd, but we're sure it will be worth the wait.

The Leafs released a clip of Tavares and Matthews practicing together 👀👀 . (Via: MLSE Sport Development/YouTube)