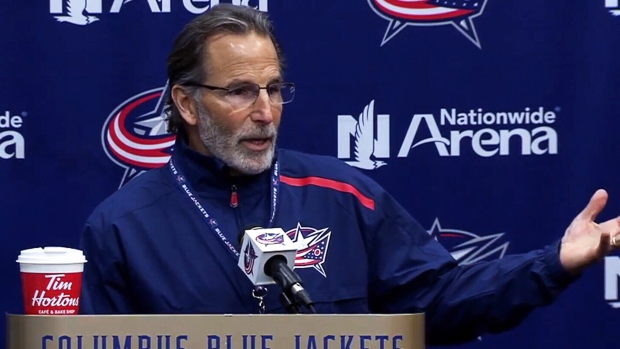 The hockey world was in for a surprise on Thursday morning when the Columbus Blue Jackets tweeted out a release regarding the status of goaltender Sergei Bobrovsky.

Following the release, head coach John Tortorella met with reporters during the morning skate media scrum and was asked about the pressing subject, to which the Blue Jackets' bench boss refused to comment on in typical Torts fashion.

Torts is a man of the people . Via @bluejacketsnhl

TSN's Frank Seravalli chimed in that the issue could stem back from when Bobrovsky was pulled in Tuesday night's loss to the Lightning.

If you'll recall, Bobrovsky was pulled after 4 GA vs. TBL on Tues. They had an exchange as Bob exited. Tortorella said this morning he considered pulling Bob after 3 GA. "Game's over. I know I wanted to have him here vs. Nashville. I did not want him getting scarred any more."

Despite sitting third in the Metropolitan Division, the 30-year-old netminder has struggled this season posting a .906 save percentage, down from his career mark of .919.

A pending unrestricted free agent along with forward Artemi Panarin, the Blue Jackets are faced with the tough task of either trading one or both of the Russian superstars ahead of the trade deadline, or risk losing them both if they chose to retain them ahead of a playoff run.

On Wednesday, Bobrovsky posted a cryptic photo on his Instagram of himself sitting with his feet up in his office while on the phone with a peace emoji as the caption.