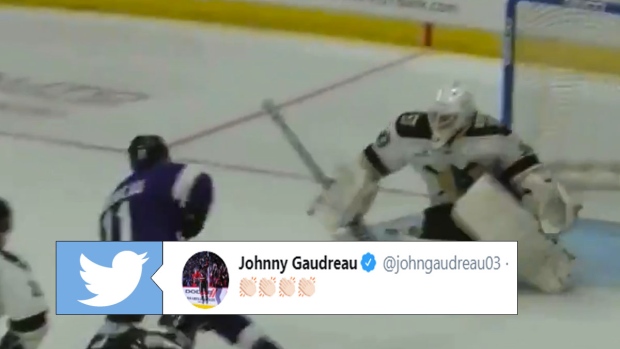 We’re all familiar with Calgary Flames star Johnny Gaudreau, but now it’s time to get to know his brother, Matthew.

The 24-year-old is currently playing in the ECHL and is in his first season with the Reading Royals after splitting last year between the Worcester Railers in the ECHL and the Bridgeport Sound Tigers in the AHL. Through the first 13 games of the season, Gaudreau is second on his team in goals (7) and points (15) and is tied for first in assists (8).

This past weekend, Gaudreau notched his 7th goal os the season against the Wheeling Nailers and he looked a lot like his older brother while doing so.

Locked at 4-4 at the end of the second period.

Gaudreau's breakaway goal is one for the highlight reel!
👀⤵️ pic.twitter.com/5Ksrrp8H48

The goal tied the game at three and the Royals eventually went on to win the game, and his efforts did not go unnoticed by his older brother.