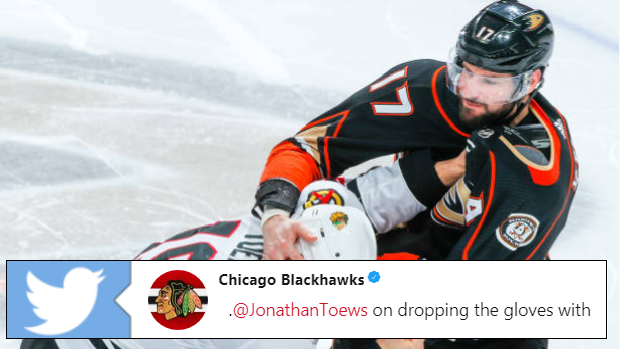 It’s been a rough season for the Chicago Blackhawks, who currently find themselves sitting in unfamiliar territory in the NHL standings. With their 6-3 loss to the Anaheim Ducks, Chicago remains firmly in the Central Division’s basement, trailing the St. Louis Blues by 11 points. For the first time since the 2007-08 season, It’s looking like the 2018 playoffs will not feature the 2010, 2013 and 2015 champs.

With his team trailing 2-0 after the first period, captain Jonathan Toews decided to kick the second frame off by dropping the gloves with Ryan Kesler. The latter earned a terrible reputation in Chicago while playing for the Vancouver Canucks and it hasn’t gotten any better in Anaheim. 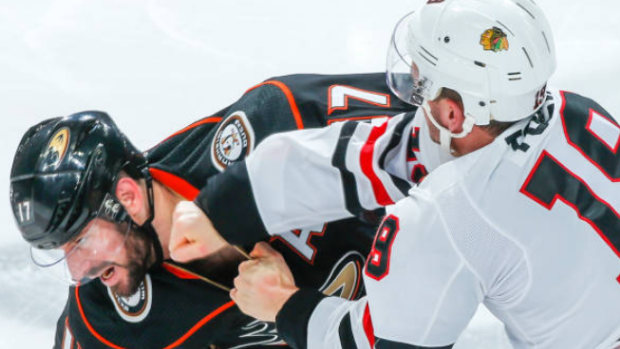 The fight didn’t exactly provide the spark Toews was looking for, as the Ducks went on to score the game’s next two goals. After the game, Toews commented on the fight and claimed Kesler had been pushing for it to happen for quite some time.

Kesler has never been one to shy away from agitating his opponent. In a game against the Los Angeles Kings earlier this season, the 33-year-old taunted the home crowd after scoring in a 4-2 divisional win.

Both players still have plenty of term left on their respective contracts, so it likely wasn’t the last time the two will exchange fists.