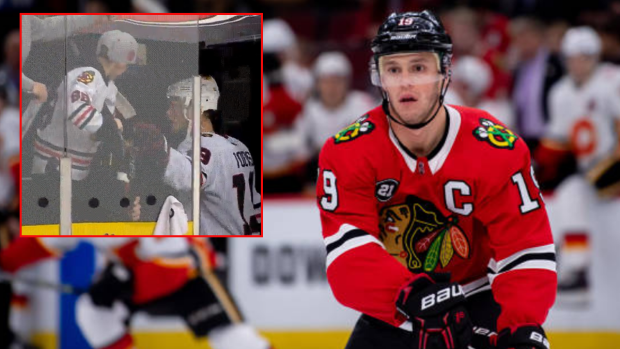 It’s become pretty common to see NHL players making the day of young kids by hooking them up with a puck, a stick, or maybe even an autograph. Nobody minds, of course, because the look on these youngsters face when they get a piece of memorabilia from their heroes is priceless.

In fact, sometimes we get to see that same priceless reaction on not-so-young fans.

The Chicago Blackhawks fell to the New Jersey Devils in a high scoring affair, 8-5. Even given the tough loss, ‘Hawks captain Jonathan Toews was still in the giving mood. On his way to the dressing room, he noticed a young fan’s outstretched hand and hooked them up with a stick.

The dad may have been even more excited to get it than the kid.