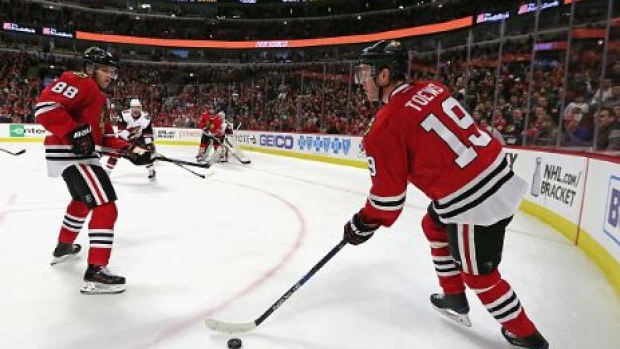 Another championship won, another lost bet between professional athletes.

Ahead of the IIHF World Junior Gold Medal game between Canada and the USA, Chicago Blackhawks teammates Jonathan Toews and Patrick Kane reportedly made a bet on who the winner would be. Toews, a Winnipeg, Manitoba native, predictably bet on the Canadians to win, and will now have to dress in USA gear as a result.

Ironically, it was Toews who scored three times in the shootout to beat Kane and the Americans during the 2007 tournament. Toews apparently was not the only Canadian that placed a bet, though.

Auston Matthews said he's got one bet going with Mike Babcock, one with Mitch Marner over tonight's #USAvsCAN game

Not winning their own gold medal must have hurt for Kane and Matthews, but at least they now have something to lick their chops about. Don’t be surprised if pictures of Toews rocking American gear surface on the internet in the near future.