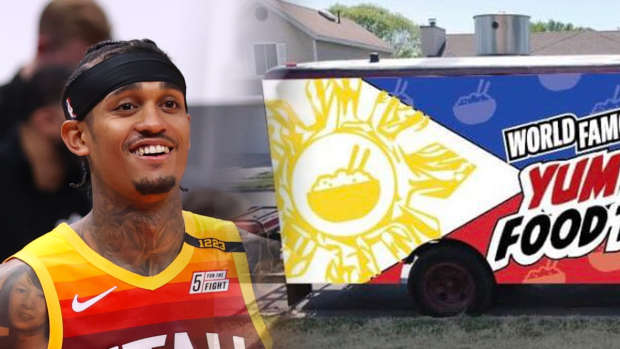 There has been a lot of racism being exposed recently amongst athletes and fans. Whether it is directed towards them or people in their community it something that we all must fight against.

Jordan Clarkson of the Utah Jazz is half Filipino and found out about a devastating incident where a Filipino food truck was destroyed with graffiti. There were racist remarks tagged all over the vehicle and Clarkson stepped in to help.

It hurt me deeply to see that Salt Lake’s @yumyumasian food truck was recently vandalized – I know the pain that hateful language and racism causes. With help from @identitygraphix we’ll be able to restore the truck and hopefully lift Ben and his family’s spirit!! #StopAsianHate pic.twitter.com/HLfzX7AaEc

Clarkson paid for a fresh paint job for the vehicle to help uplift some spirits and stand against hate towards his people.

Jordan Clarkson helped give a Filipino food truck in Utah a new paint job after it was vandalized with anti-Asian graffiti 🙏 pic.twitter.com/JASQfIyVIu