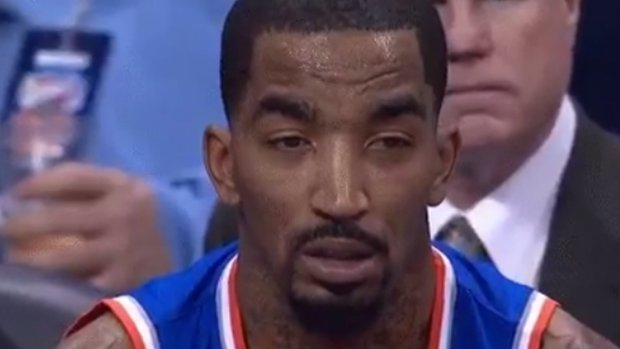 On Thursday, the NBA revealed that they would be following the same procedures they did during the bubble, one of which was to not regulate testing for marijuana use. Whether or not this is going to become the new norm is yet to be seen, but for now it’s provided us with a pretty hilarious internet moment.

Almost immediately after this news surfaced, JR Smith – a man known for his droopy eyes and fondness of partying – immediately began trending on Twitter.

Some of the reactions are pretty hilarious. Dion Waiters caught some attention, too.

JR Smith reading that the #NBA will NOT be drug testing this next season 😂😂 pic.twitter.com/SZKgDE6J9H

NBA not testing for weed this season Jr Smith going showing up to practice like pic.twitter.com/2IbhVHcRZE

“NBA not testing for weed this season”

The NBA will not drug test for marijuana next season

The NBA will NOT drug test for Marijuana this upcoming season

Yo JR Smith....... they not drug testing anymore