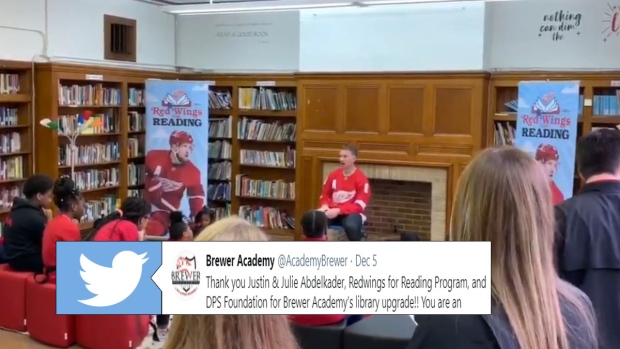 From celebrating with the Stanley Cup to finishing near the bottom of the standings and missing the playoffs, Justin Abdelkader has seen it all in his 13 seasons with the Detroit Red Wings.

The 32-year-old’s name doesn’t show up on the scoresheet as much as it used to, but that doesn’t mean he still isn’t a fan favourite in Detroit. The Muskegon, Michigan native is a true veteran leader when it comes to helping out in the community and he recently made another great example for his teammates and the rest of the players in the league.​

On Thursday, the Red Wings’ winger paid a visit to the Brewer Academy in Detroit, where he read to the children and surprised them with a library upgrade.

Through the Red Wings For Reading initiative, Abdelkader makes trips to local schools in hopes of improving literacy throughout the state of Michigan and to encourage children to spend more time reading both in school and at home.