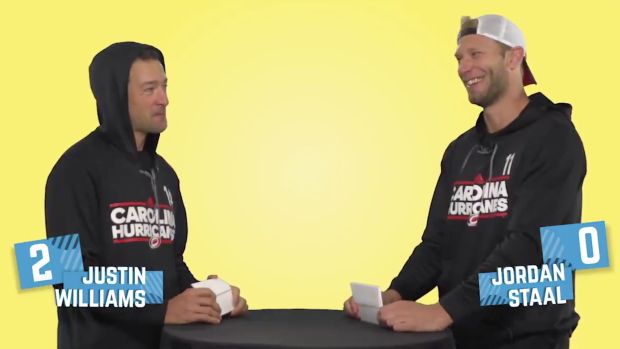 Things like delivery and the actual joke itself are what get people to chuckle and as entertaining as some dad jokes are, it's even more enjoyable watching athletes try and make each other laugh by telling each other the jokes.

These dad jokes should cheer up everyone who did not win the mega millions jackpot today pic.twitter.com/bXMVvSulIy

Both Justin Williams and Jordan Staal have children, so they're used to dad jokes, but you can tell Williams, who is 7-years older than Staal, has heard them all and isn't phased by them.

Between the dad jokes and their play on the ice, the Hurricanes and their fans have had a lot to smile and laugh about so far this season and they're hoping the success will continue as the team is looking to make the playoffs for the first time since the 2008/09 season.