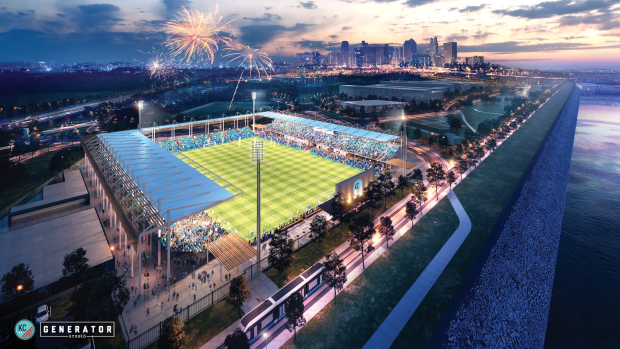 On Tuesday afternoon, the owners of Kansas City NWSL announced that they are planning to build a $70 million stadium for the team!

The stadium marks the first US stadium that will be built for a woman’s sports team.

Kansas City NWSL has announced plans for the first stadium purpose-built for a NWSL team.

You heard @brittanylynne8!!
Be there Saturday night to hear the new team name announced at halftime. 👏🏼

So much @KCWoSo news today, you love to see it! pic.twitter.com/Nx7FWIWiBY

We have A WORLD CLASS ownership group - the best in the world- in KC, and they are changing the perception and possibilities for women in sport!! 💥 @cdlong97 @AngieKLong1 @brittanylynne8 THANK YOU!! LETS GOOOOO! 💪🔥🔥 https://t.co/0h2WLJ9t3O pic.twitter.com/qcvfvkbVvu

Having an expected capacity of 11,000, the stadium will be built along the Missouri River with construction to begin in 2022 and a possible completion date of 2024.

KC NWSL owners include Angie Long, Chris Long, along with Brittany Matthews, who took to social media to discuss the monumental moment.