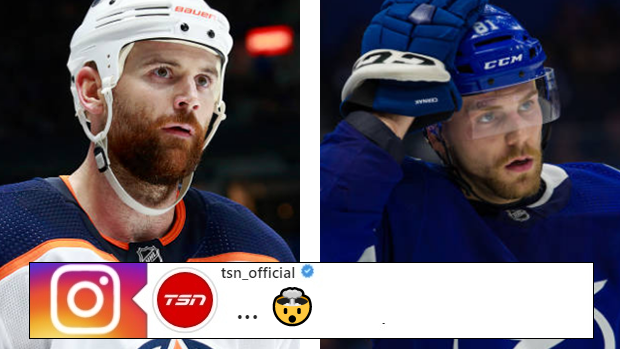 Zack Kassian pulled an absolute no-no in The Oilers’ Thursday night road game against the Tampa Bay Lightning and it appears he’s about to pay the price for it.

The 29-year-old unthinkably kicked Lightning defenceman in the chest as the two of them, along with Oilers forward Josh Archibald were tangled on the ice. Kassian touched on the incident with reporters following the game and from the sounds of it, he didn’t think his actions were all that bad. We have a feeling most hockey fans won’t buy this but here it is:

How long are you suspending Zack Kassian for kicking Erik Cernak in the chest? 🤔

Would have flown back? Definitely could have been worse but okay Zack. Cernak was a little more straightforward with his comments about the situation, noting that he was lucky the kick was in the chest and not a few inches higher.

TSN’s Bob McKenzie reported the Windsor native will have an in-person hearing for his actions. Kassian was suspended two game a month ago for beating the bark out of Matthew Tkachuk as the 22-year-old turtled. You can probably expect more games this time around though…

In person hearing for Zack Kassian.

Kassian is fresh off of a four-year extension and it’s not exactly off to a glowing start. With Connor McDavid out with a quad injury, the Oilers could be in some serious trouble over the next few weeks.