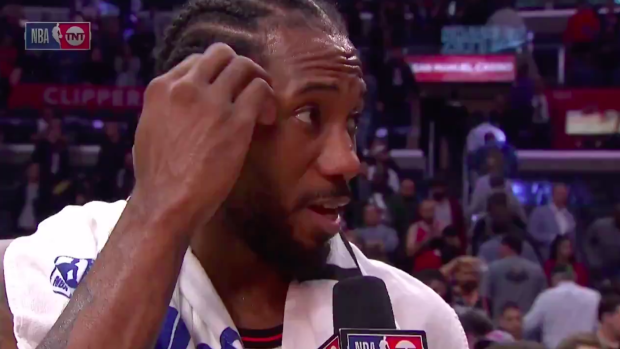 Kawhi Leonard is probably as close to Perd Hapley as we’ll get in the NBA.

After the Clippers’ 107-101 win against the Blazers on Thursday, Kawhi was asked about how he was feeling physically after not playing in the team’s Wednesday game. His answer is about as Captain Obvious as it gets.

That Kawhi. Nothing goes over his head. He would catch it.

Load management is always a factor for Kawhi, although the Clippers were fined by the league for sitting him out on Wednesday after head coach Doc Rivers made the bizarre claim that he was, in fact, healthy.

Kawhi has been dropping meme material all season long now. He appeared in a Terminator commercial with Arnold Schwarzenegger to begin the year, and then, of course, there’s the “hey hey hey.” Already a classic.