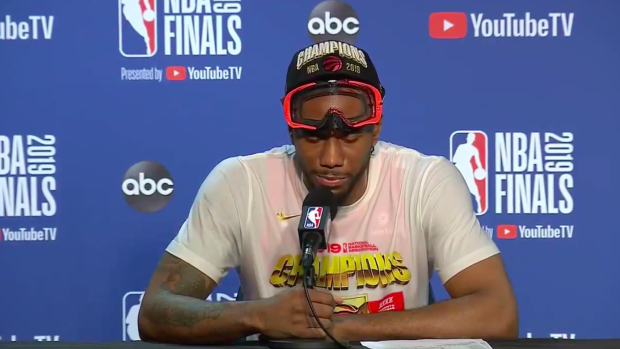 Masai Ujiri is vindicated. Trading DeMar DeRozan for Kawhi Leonard was a big swing, but in just one year, it has already brought a NBA championship to Toronto.

Of course, DeRozan’s departure was a bitter pill to swallow for his fans in Toronto who had watched him grow over nine seasons with the Raptors, and it was even more of a blow to his best buddy on the team, Kyle Lowry.

Speaking after the Game 6 win, Kawhi shared the text message that he sent to Lowry after the trade, addressing DeRozan’s departure. It’s clear that these two were on the same page from the start.

#KawhiLeonard and Kyle #Lowry were on the same page from the start.

Even though DeRozan isn’t here for the moment, Lowry has finally brought a championship to Toronto, and especially considering the heat that he often takes on the internet, you know that this must mean the world for him.

Oh, and after his post-game presser, Kawhi also left something of his up on the podium. Hey, you might want to hold on to this!

You forgot something, #Kawhi 😅