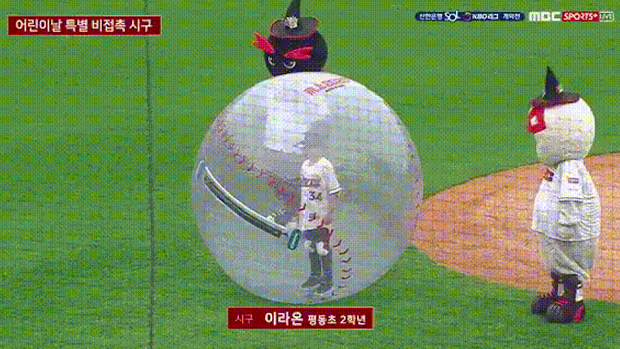 Sports leagues in North America and other parts of the world are still trying to figure out a return plan, but over in South Korea baseball is back in full swing.

Originally scheduled to begin late March, the 2020 KBO League season officially got underway on Tuesday as teams returned to the field in empty stadiums. Before KT Wiz’s game against the Lotte Giants, a ceremonial first pitch took place and it was the ultimate socially distanced first pitch.

It wasn’t the most exciting ceremonial first pitch compared to some of the ones they’ve had in the league, but it’s definitely a memorable one!