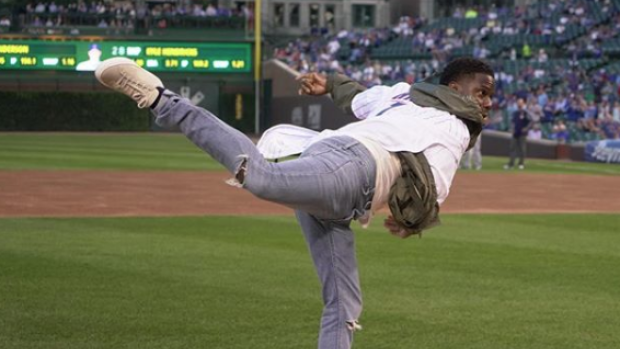 If you listen to Kevin Hart's version of what happened, he'll tell you he threw a 273 mph heater right down the pipe.
But to everyone else, it was pure comedy to see one of the world's top comedians bounce one in front of the plate in style as he attempted to throw out the ceremonial pitch at Wrigley Field on Wednesday.

The build-up to the actual pitch might've been the best part. Hart, who's appeared in several movies, knew exactly what to do leading up to the actual release.
Hey, if the catcher is still able to make the catch, then who cares if it bounces over the plate well outside for a ball, right?

Ice Cube even chimed in, showing the Twitterverse that he's a heads-up baserunner.

Unfortunately for the Cubs, Hart didn't inspire any good luck for the actual game, as they fell 5-1 to the Brewers.  (h/t MLB)