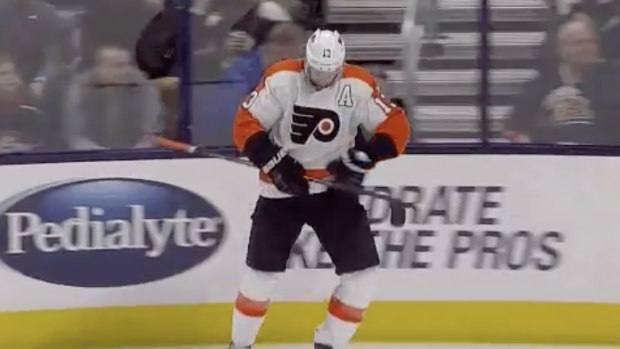 Goal celebrations in hockey are quite tame for the most part.  Players don't usually venture outside of the massive fist pump and an accompanying yell before celebrating with teammates which is totally fine.  We get fired up watching those celebrations any day of the week.

That said, we also take notice when a player goes outside of the box with a goal celly and that's exactly what Kevin Hayes did Thursday night after scoring the overtime winner for the Flyers against the Blue Jackets.

Hayes channeled his inner Aaron Rodgers with that celebration.

The goal helped the Flyers improve to 7-3 in their last 10 games, good enough for third place in the Metropolitan division.