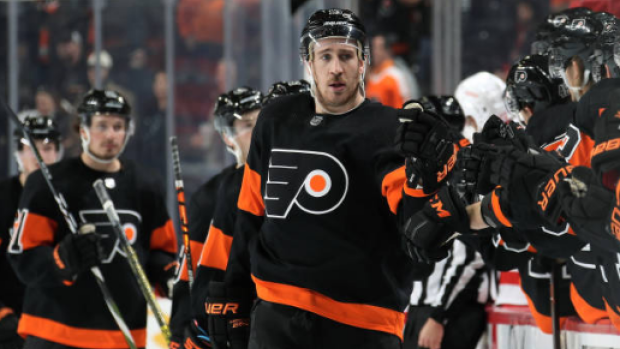 This past off-season, many in the hockey community questioned whether the Philadelphia Flyers made a shrewd decision with their money by inking Kevin Hayes to a long-term contract. The 27-year-old centre signed a seven-year $50 million contract after potting 54 points (19 goals, 35 assists) in 81 games split between the New York Rangers and Winnipeg Jets.

Hayes has produced at a .5 PPG pace so far, notching 8 goals and 6 assists in 28 games.

While the Flyers won't know for some time whether the contract was worth it, the team is playing some of the best hockey in the entire NHL right now.

During a recent home stretch, Hayes was mic'd up for the Flyers digital team and delivered some pure gold in a game against the Vancouver Canucks.

The former Boston College Eagle tried to plead with a ref over a couple of calls, saying that he was once a ref and that he knows what a penalty is.

Kevin Hayes may be my new favorite Flyer. pic.twitter.com/aFD4qbYFGI

You can watch the full video on the Flyers' YouTube page below.

Turn up the volume.