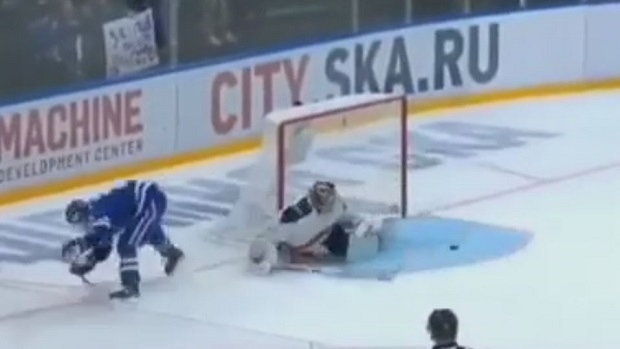 The 2019-20 KHL regular season is right around the corner so teams are preparing for the upcoming campaign through pre-season action.

SKA Saint Petersburg and Avangard Omsk went head-to-head on Sunday night and Vladimir Tkachyov scored one of the flukiest, or nicest depending on how you look at it, goals we’ve seen in a while.

Oh yes he did pic.twitter.com/ZWykcfEAxg

Some hockey fans think that Tkachyov completely whiffed on the play and got lucky that the puck ended up trickling across the line, but others are convinced that this is exactly what he planned on doing and pulled it off perfectly.

Now he’s just got to do it again to confirm if that’s what he meant to do or not.