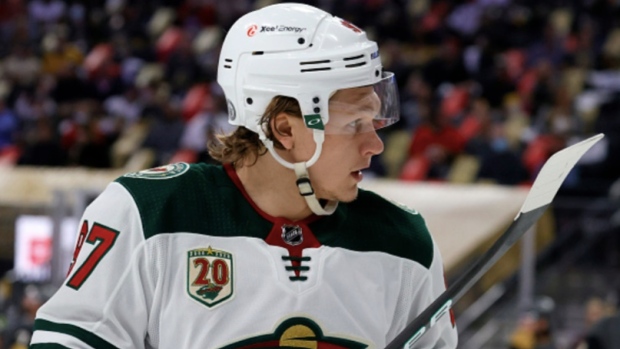 What everyone expected to happen is now official: the Minnesota Wild’s Kirill Kaprizov has won the Calder Memorial Trophy for rookie of the year, becoming the first player in franchise history to do so.

The win wasn’t a surprising one, to say the least, as Kaprizov stunned in his rookie campaign with 27 goals, 24 assists, and 51 points. The 24-year-old forward won the award almost unanimously, earning 99 out of 100 first place votes for the honour.

While players usually have to do a lot of chatting with the media after they win an award of this caliber, it wasn’t the case for Kaprizov. Why, you might ask? Because he was on a fishing trip in Siberia, obviously.

#mnwild hope to make Kaprizov available some time late next week. He's on a fishing trip in Siberia with no Internet

Why does this make the whole thing so much cooler? A fishing trip in Siberia is the ultimate flex. Congrats to Kirill on the well-deserved honour!