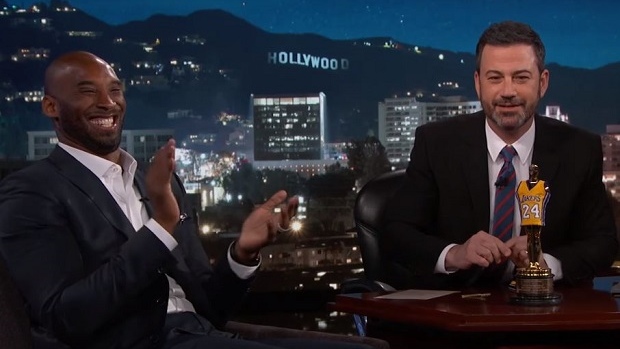 Kobe Bryant has accomplished a lot during his lifetime and he added to his ever-growing list of achievements last week when he took home the Oscar for the ‘Best Animated Short Film’ for his film “Dear Basketball”.

The 39-year-old was a guest on a recent episode of Jimmy Kimmel Live where he talked about what it’s like to win an Oscar, how the nerves compare to taking the game-winning shot in an NBA game, his future in the entertainment industry and much more.

It’s pretty awesome to see someone who’s won so many awards and championships over his lifetime ‘still tripping’ over his Oscar win.