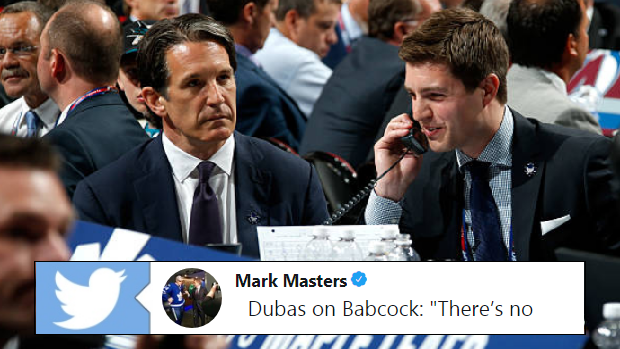 After a lengthy wait and plenty of speculation, 32-year-old analytics guru Kyle Dubas was officially named the General Manager of the Toronto Maple Leafs on Friday.

BREAKING: Kyle Dubas has been named the new General Manager of the Toronto Maple #Leafs.

A native of Ontario, Dubas was originally hired by team President Brendan Shanahan in 2014 as Assistant General Manager. He was given a promotion after the organization chose not to renew former GM Lou Lamoriello’s contract.

Since becoming a part of Leafs Nation, Dubas has worked closely with current head coach Mike Babcock. The 55-year-old took over bench duties in Toronto in 2015 and has led the Buds to two playoff appearances since. When asked about his head coach, Dubas had nothing but high praise to share.

Dubas on Babcock: "There’s no off switch. His passion for hockey is unrelenting, his passion to make the Leafs into the best franchise it can be is unrelenting. That’s what excites me most. I call it a sickness, like, you have it for hockey & it takes over every part of your day"

It didn’t take long for Babcock to grow his wings in the NHL, leading the 2002-03 Cinderella Anaheim Ducks to the Stanley Cup Final in just his first season. The Manitouwadge native managed to capture a Stanley Cup with the Detroit Red Wings since and has appeared in the postseason all but twice in his career. To call his passion for the game a "sickness" is certainly accurate.

With a plethora of young rookies leading the charge, the duo of Dubas and Babcock have potential to wreak havoc on the league for years to come. It will be interesting to see how the two mesh together as Dubas begins his new position.