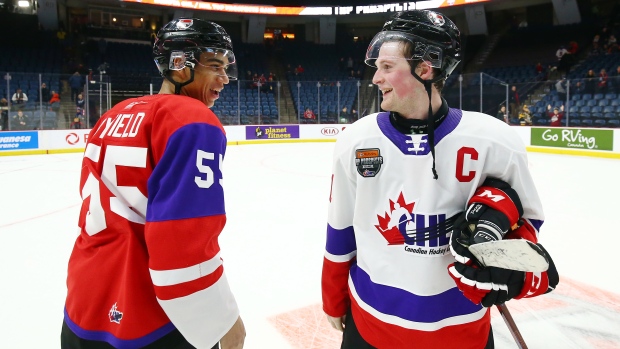 Tuesday night, the NHL Draft goes down and two names a lot of people are and will be talking about for years to come are Alexis Lafreniere and Quinton Byfield.

THE FINAL MOCK: With the NHL Draft finally getting under way on Tuesday, TSN Director of Scouting @CraigJButton
locks in his projections for the first round - including Ottawa's third and fifth overall picks.

Both players figure to be top-3 picks and should step into the NHL and make an immediate impact.  Ahead of the draft, our good friend Cabbie was able to talk to both and share what their NHL 21 rating is.

Think they should be higher or lower? 🤔 pic.twitter.com/BbemuP0rxA

While we know where Lafreniere will end up (barring something incredibly unforeseen), we're excited to see which team selects Byfield between the Kings and Senators.