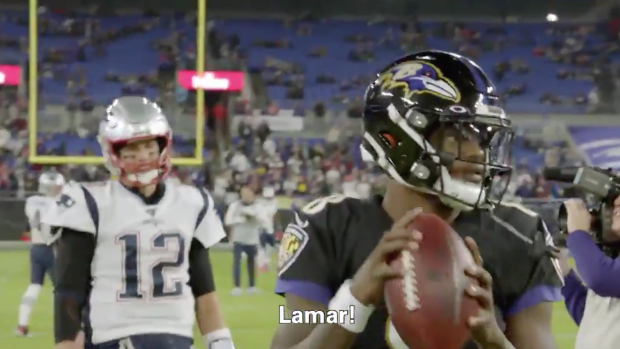 Lamar Jackson and the Baltimore Ravens knocked off one of the NFL's two undefeated teams heading into Week 9 and they did so in convincing fashion.

After the game, we got this special moment between the two quarterbacks, but before the game there was another moment the two shared as Tom went out of his way to introduce himself to Jackson.

That mutual respect is so cool to see and we think we speak for everyone when we say we'd love to see the two quarterbacks duel down the road one more time in the playoffs.