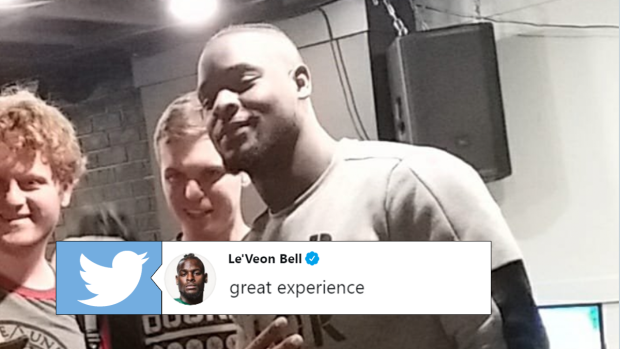 Two teams remain in the hunt for the Lombardi trophy, but for the other 30 teams, the off-season is here and there’s a lot of free time. For Le’Veon Bell, looks like some of that free-time is going towards Super Smash Bros Ultimate.

My favorite thing this morning is that Le'veon Bell, starting running back of the New York Jets went to a Columbus Ultimate weekly last night AND GOT 17TH

We’ve seen athletes get involved with video games before but perhaps not at the level of Le’Veon Bell. Although it wasn’t a huge scale tournament, 17th at a Columbus Weekly is a very respectable result. Of course, the most important question here is, “who does he main?”.

for those that will inevitably ask he's a mega man main

Apparently, Bell even used a GameCube controller so he's probably spent some time on Melee as well. The best part about this, is that it doesn’t appear to be a one-off appearance. It looks like Le’Veon is planning on making this a regular thing.

great experience, can’t wait til the next one...plan on doing better https://t.co/fsI9wiUw04

The competitive scene of Super Smash Bros doesn’t get much backing from Nintendo, so any attention from athletes like Le’Veon Bell is much appreciated by the scene.

Who knows, maybe Bell will be at Genesis, one of the biggest Smash Bros tournaments of the year, this weekend.