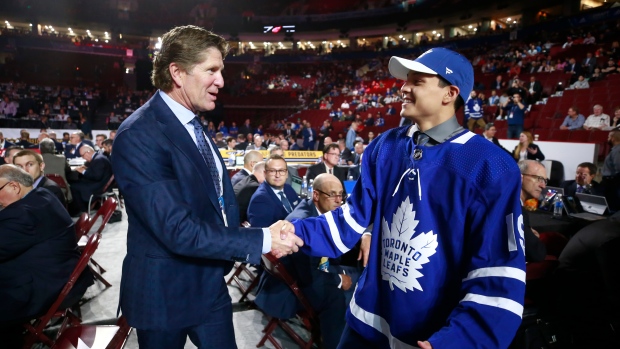 The Toronto Maple Leafs didn't have a first round selection in the NHL Draft this past weekend, so their first pick came in the second round and with that pick, they took Nick Robertson of the Peterborough Petes.

The Michigan native recorded 55 points last season with the Petes and as we discovered Tuesday, he also has a bit of a history with Maple Leafs head coach Mike Babcock in the form of, wait for it, trick-or-treating.

As incredible as that story is, it pales in comparison to Robertson's story of survival and how he beat the odds after being born three months premature to get to where he is today.

I literally just read about Nick Robertson in @SeanFitz_Gerald’s new book as the Leafs drafted him. Born premature. Incredible story. This is just a part of it. pic.twitter.com/9j3iwbdUY4